The Hull sector is directly across the river from Ottawa, stretching between the west bank of the Gatineau River and the north bank of the Ottawa River.

The city proudly displays its Quebec capital, located only 5 minutes from the nation’s capital (2.5 km), and 2h05 from Montréal (202 km). This sector is the ideal place for a new home construction project in Hull. 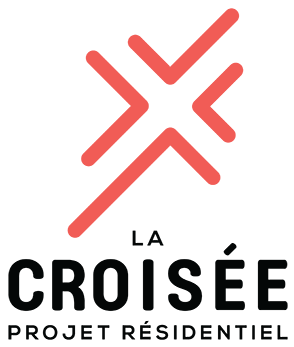 There is something for history enthusiasts!

Hull served as the cradle for European settlers. Having been founded in 1800 by Philemon Wright, Hull existed well before Ottawa (known as Bytown at the time), which was founded some 26 years later. Hull’s buildings are rich in heritage and evidence of its historical importance. The industrial buildings are treasures, such as E.-B. Eddy (1883), le Château d’eau (1902) and the Foundry (1913), the fourth largest in Canada during the First World War, as well as many magnificent residences, including the Charron’s (1827), the Wright-Scott’s (1855) and the Fairview’s (1862).

In the 19th century, the development of Hull’s economic strength is attributable to Ezra Butler Eddy industries, which provided a high and stable employment rate to the region’s workers. In the 19th and 20th centuries, the working class sector prospered. However, after the Second World War, the proximity of Canada’s capital was such that the government became the largest employer in this region.

The former city was amalgamated in 2002 to become one of the five sectors of Gatineau. Today more than 65,000 people live in Hull, 83% of which indicate that their maternal language is French.

Are you thinking about moving to the region? The Hull sector has many professional and personal opportunities and you will find all the services you will need. Hull is a truly stimulating environment and very conducive to new home construction.

The sector has its own hospital, strategically located in the downtown core.

The educational field has established a solid foothold in Hull, as evidenced by its many educational institutions:

There are many grocery stores full of wonderful food products in this sector. The large chains can be found in Hull, but consumers also benefit from many small neighbourhood businesses and specialized grocers that provide enticing and delicious products. Those living in Hull are certainly very well stocked!

Hull has a bicultural environment in which English and French constantly overlap, and a French culture is solidly anchored at the foot of the tumultuous Chaudière Falls. Given its strategic location, Hull is one of the three largest tourist areas in Quebec.

Here are a few of the Hull’s cultural establishments: The Canadian Museum of History – which is the most visited cultural attraction in Canada and whose exquisite architecture was designed by Douglas Cardinal, an Aboriginal architect; the very diverse Casino du Lac-Leamy has a little of everything: comedy, music, theatre, free performances or large deployments. There are many even more exciting things to do in Hull!

Nature lovers will also be delighted with Gatineau Park and the Moore Farm.

You will not regret choosing Hull-Aylmer for your building project!

You have a house plan but you’re missing a piece of land to build it on? We have the solution for you!

Do large, wooded lots located in the beautiful municipality of l’Ange-Gardien interest you?